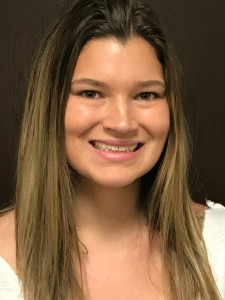 Taylor Burden has been named to the first team Academic All-State cross country team by the IATCCC. Taylor was the only student-athlete from Wayne County selected for this honor, and she was one of only 3 North Central Conference (NCC) female runners selected as well.

During the 2015 Cross Country Season, Taylor was awarded the Most Improved Runner. To earn this, she showed that hard work in the off season would indeed pay off.
During the 2017 season, she has been awarded the Leadership Award. Taylor earned this award because she puts her best effort in everything that she does- on the course, and in the classroom.

Assistant coach Hunter Lambright said, “Taylor Burden shows up every day and gives her best effort, both in the classroom and on the course. She leads by example. This is a much-deserved honor for her.”

Coach Ken Hittson agreed: “As Hunter stated, this is a much deserved award. She has shown leadership among her fellow athletes and showing that academics are a major concept in being a Student-Athlete.”

When asked how she felt about receiving the award, Taylor replied, “It’s an extreme honor and I’m appreciative of all the support I’ve received during my academic and athletic career. I wouldn’t be in this position without my team, parents, and coaches helping me every step of the way.”

Luis Vivanco was named to the IATCCC Academic Honorable Mention Team.
When asked about Luis, the coaches said, “Luis joined us as a sophomore. His quiet brand of leadership has taught our younger athletes to put in diligent work day in and day out. Just in the past year, Luis has worked his way into the front half of the varsity boys’ team, which is the product of his efforts. He’s the kind of athlete any coach would want on their team.”

Congratulations to Taylor and Luis! 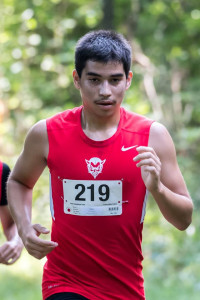