The Richmond Freshman volleyball team had a great match to end their season 6-4 taking home another WIN Monday night facing the Northeastern Knights.  The girls took an easy win the first set, 25-15.  The second game the Knights put up a fight but the Devils pushed through and played strong as a team with a heart pounding ending taking the victory, 25-24.  Haylee Haskett had 2 aces and kills, and 3 digs.  Dezzy Sikes contributed 2 aces and kills and 4 digs.  Alexia Whicard had 1 kill while Mary Warner had 2 kills.  A’Jayla Orr led the team with an ace, 10 digs, 6 assists and 3 kills alongside Maddie Harrison with 3 aces, 5 digs, 7 assists and a kill.  Makaila Marshall had 4 digs while Sara Mathews had one. Haven Bopp had an ace, 2 kills and 3 digs.   Lindsey McClain controlled the back row and received 6 digs and a kill! 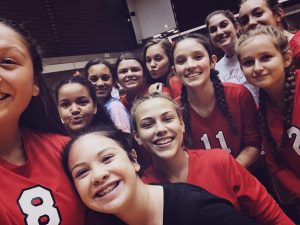 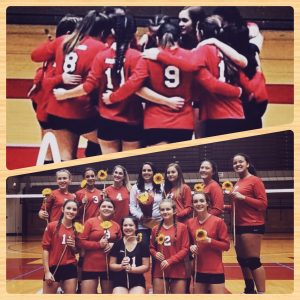