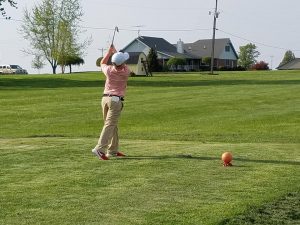 On a cold and wet but unfortunately typical Indiana Spring night in Connersville, the RCS IS squad continued its winning streak. The Red Devil middies out paced the junior Spartans 179 to 205.

Jackson Cornett took medalist honors with a 39 that included 2 lip outs for birdies. In a twist the Spartans wanted to play the #1 & #2 golfers from men’s tees to which both Ryder Cate & Sam Reising responded shooting 42 & 49 to defeat both of their counter parts.

Much support was provided by the rest of the match participants with Rylen Johnson’s 50, Zoe Brock’s 49, & Cooper Drooks PB of 58. Reserve golfers Lauren Freeman 63, Christian Hahn 68, Fred Mendenhall 59, and Jackson Dillon 64 wrapped up the rest of the scores with Jackson’s including his first par on hole #1.

There is 1 more match at the Elks Thursday that stands in the way of being undefeated 2 years running!!!  Stop out and support the Red Devils. 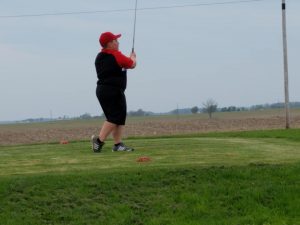