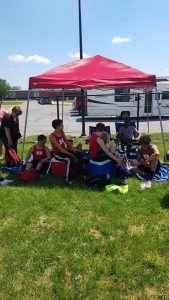 The IS Track team capped a great season with a strong showing at 2019 Middle School State Track Meet in Terre Haute, IN on Saturday.

Simply qualifying for the event is a challenge- athletes are invited based off of their times at sanctioned events that occur around the State throughout the season.  Once invited, the athletes find out on Wednesday if they have been accepted to enter the race that Saturday.  Complicating the situation even further, most of our 8th graders were in Washington DC last week (they loved the trip), so they did not get to practice throughout the week.  They also returned home around 1:00 AM on Saturday, and the meet began at 10:00 AM (2 1/2 hours away from Richmond) that same day.

100m Tu’Shawn Farris- Tu’Shawn was under the weather and was unable to attend the meet, but qualifying and being accepted is an accomplishment in itself.  We look forward to her helping out RHS next year. 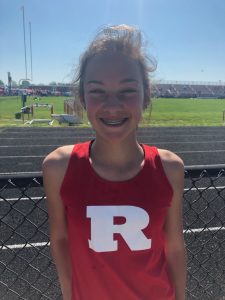 100m Hurdles Rylee Seal- Riley made the State Finals as a 7th grader (Nice job!) and finished 6th in her heat with a 19.7.  Now she knows what she has to do to make a return trip next year. 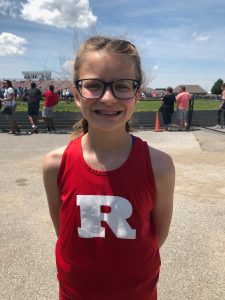 2400m Keena Barker- To make it to the State Finals is a great accomplishment, to do it as a 6th grader is even more incredible, but that is exactly what Keena did.  Keena finished 21st in the Finals with a 10:15.84.  Keep up the great work! 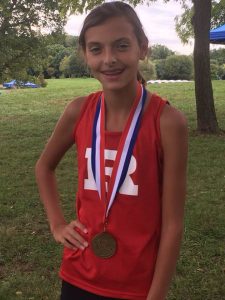 1600m, 2400m Shelby Bolser- Shelby did not have good fortune on her side Saturday- she fell ill at the meet and was unable to compete.  Shelby made the State Finals last year as a 7th grader, and she entered this year ranked 8th in the 1600 and 3rd in the 2400.  Shelby has been a great leader for both the Cross Country and Track teams, and we can’t wait to see her accomplishments at RHS.

The boys placed 29th out of 53 teams.  This is the highest team placing for Richmond under the new State Meet format. 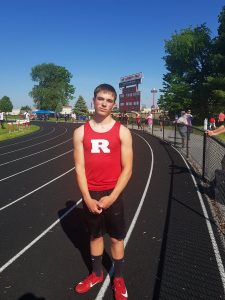 100m Lucas Hall- Lucas competed in 4 events at the State Meet- a Richmond record under the new format (CongRatulations!). He finished 7th in his heat with a 13.07. 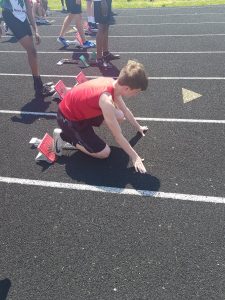 110m Hurdles Alex Antrim- Alex finished 3rd in heat with an 18.21.  In the Finals, the starter’s gun failed to fire 3 times which caused all kinds of issues for the race.  After it eventually started, Alex had the misfortune of hitting a hurdle.  He did not give up, and he finished 15th (that’s #gRit!).  Note- his preliminary time would have been good for 10th in the Finals. 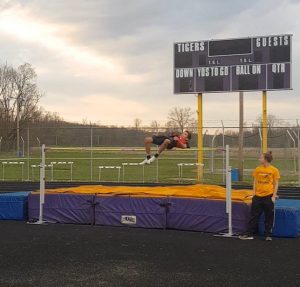 High Jump Gunner Kovach- Gunner began his high jump career earlier this year in dramatic fashion- scoring the points that won the meet in the final event for the Red Devils at Hagerstown.  He finished the season in strong fashion as well finishing 9th with a jump of 5′-4″. 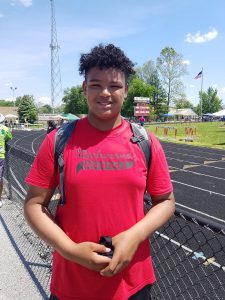 Discus Trevor Neeley-  Trevor picked a great time to set his PR with a throw of 137′-9.5″ which put him in 2nd place on the podium.  This is the highest finish for a Red Devil under the new meet format passing the mark set by Aiden Snedigar who finished 5th in the meet last year in the Shot Put.  CongRatulations, Trevor!

CongRatulations to the entire Red Devil IS Track Team!  You have worked hard an put together a very successful season.  We R Proud! 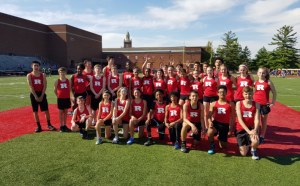