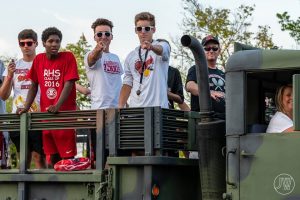 There are many traditions with Red Devil athletics.

Richmond’s boys tennis dominating its own home courts in recent years has been one of the biggest.

Richmond romped 5-0 in the regional semifinals against Knightstown, before blanking East Central by the same score to earn a return trip to the Center Grove Semi-State.

The Devils, who will lose departed seniors Ryan Hollingsworth, Luke Hays, and Jake Miller, had their season ended against the host Trojans, but Richmond continued its dominance of East Central Indiana with another powerful performance in early October.