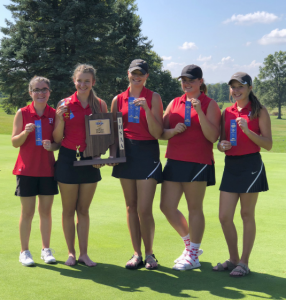 Former Richmond girls golf coach Caleb Snyder had known throughout the season his team was talented enough to make a state trip.

In late September, the years and months of work paid off as the Red Devils earned a spot in the IHSAA State Finals at Prairie View Country Club.

The appearance was a fitting send off for a group led by recent graduates Jacey Cornett and Karissa Owens. Cornett earned all-state and academic all-state honors for Richmond.

It was also a good send off for Snyder, who had coached the girls program for four years before taking a job outside of education and the Richmond area.

“Nearly 300 teams started the postseason with hopes of making it and we were one of the fifteen that earned a state berth,” Snyder told the Richmond High School Register. “This was the first State Finals in eight years for the program.” 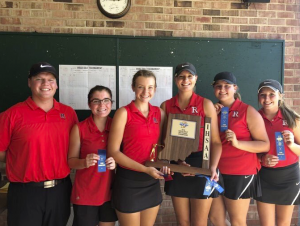