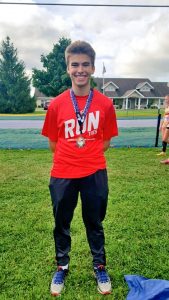 The Richmond Cross Country Team ran the fast and flat course at Marion Invitational Saturday.  The Boys Team had their top 5 runners under 20 minutes.  Josh Jones ran a PR of 17:28 finishing with a medal in 21st overall while Landon Smith got his personal record with 18:48, followed by Preston Bolser and RJ Thalls, tenths of seconds separated them at 19:27.5 and 19:27.7 both with a PR.  Hayden Scalf came in at 19:57 running his PR as well.  Alex Antrim ran a 20:33, Jaeden Mittenthal 22:49 and Owen Rogers 22:50 all of which was a PR.  The boys are keeping their eyes on the prize come October getting out of Sectional as a Team! 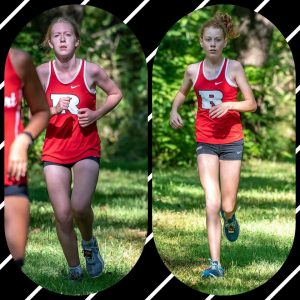 Gracie Thalls led the girls running a PR of 24:42 and Alex Parker had her personal record with 26:59.  These two took a combined 8 minutes off their times from the previous week!

The Cross Country Team is back at IU East on Thursday for the Wayne County Meet along with the Middle School Team, then both travel to the Randolph Southern Invitational on Saturday.   Come show your support! 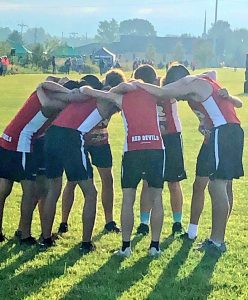