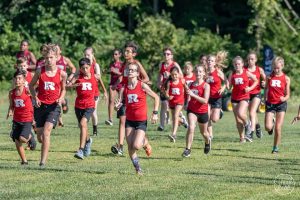 The girls’ team placed 2nd overall, scoring 50 points- just 5 points short of Centerville who finished 1st as a team. Keena Barker finished second overall and was the top runner for Richmond with a time of 12:24. This was also a personal record for Keena.  Clara Knoxon, 17:24, and Jackie Orihuela, 14:47, also ran their personal records at this event.

The boys’ team placed 1st overall, scoring 41 points as a team. The first Richmond runner, Alex Orihuela, placed 5th for the boys’ race with a time of 12:00, making this his personal record for the season. Ethan Newton, 12:56, and AJ Carter, 14:02, also ran their personal records for this race.

This was a tough race for the middle school considering the heat advisory; however, all runners continued to perform outstandingly! 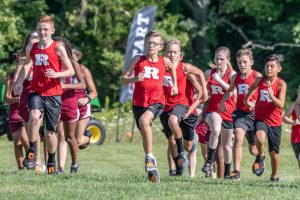