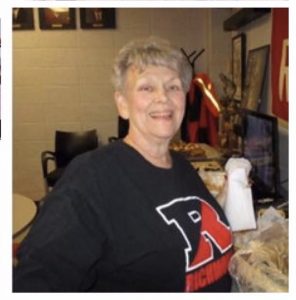 Last year Coach Bryan Matheny from Monroe Central had an idea to add to all that is great about March.  Mach Madness and Indiana high school hoops were not enough.  He needed more.  So he created the first ever Hospitality Room Selection Show- The Road to the Final Table.

That’s right, he (and the committee) created a bracket of the 8 best high school hospitality rooms from across the state and had them face off in a bracket style competition that competes for votes via Twitter.  Hospitality rooms are a Hoosier tradition.  They are areas set up (with delicious homemade food) before big events as a place for people to congregate and converse.

Who won the 2019 inaugural challenge?  The Richmond High School Red Devils!  While that is great, there was a problem- the Red Devils did not really know they had won.  Somehow we overlooked this prestigious award (we are blaming gymnastics and their first State tournament appearance).  We realized we won the 2019 version after we were announced as a 4 seed (how ruuuuudddeeeee) for the 2020 contest. 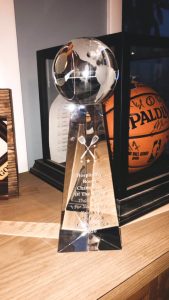 Since then, it has been our goal to defend our honor, and more importantly, bring the trophy (new for 2020) to its home- the hands of the Queen of the Cake, Joanne Lawrence.  Mrs. Lawrence is known for her charming personality and incredible cake throughout the Midwest.  Not just Indiana, but the Midwest!  Officials, administrators, coaches, media, recruiters, college coaches, bus drivers, and her fans (of which there are MANY) hustle to her hospitality room at these events to make sure they secure a piece of the legendary cake as it is known to quickly disappear.  Some people (we are looking at you Ms. Woolpy) even use inside pull to reserve a piece of the cake at each event. 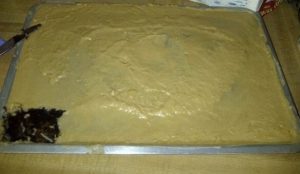 Mrs. Lawrence has been hosting the hospitality room for football, basketball, and tournaments (including the Wettig) for over 35 years.  This feat is more incredible when you consider the fact that she just turned 50 (ok, she may be 87 but that is a secret)!  We absolutely love her and we need your help.  Go to our Twitter page (@RHSRedDevils) and vote for the Red Devils in the poll at the top of the page.  Voting closes Sunday evening.  We need your vote, we need you to share via your social media, and we need to bring that trophy home to Mrs. Lawrence for all she has done for Richmond Athletics.