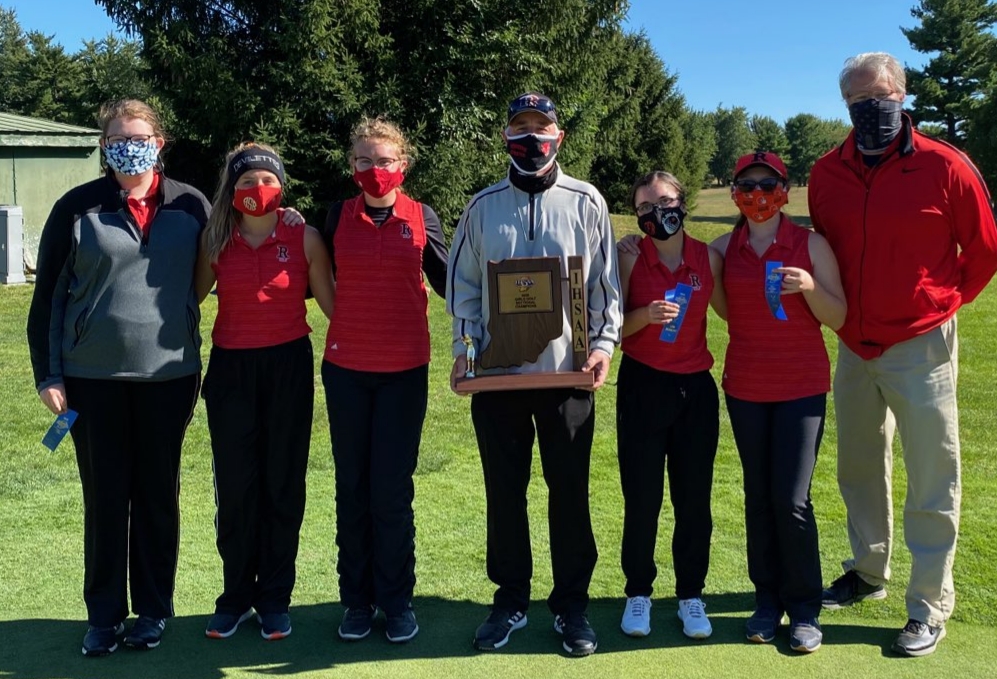 The event was held on a cold day at Liberty Country Club Saturday where the greens were running fast.  The Lady Devils with a score of 348 held off Franklin County (357) and Hagerstown (391).

Richmond’s number one golfer Esther Etherington lead all players with a 1st medalist honors earning 82. Despite Franklin County having 3 players earning medalist ribbons as well (2nd and 2 way tie for 3rd) Richmond’s overall team score was the lowest with Senior Ashlyn Spurrier shooting an 88 in her last Sectional appearance, and Sophomore Zoe Brock also dropping an 88. Richmond showed their depth as they could’ve won using either Number 4 golfer Freshman Isabella Roll’s 90 or Number 5 golfer Junior Macky Laughlin’s 96 as both of those ladies beat their counterparts by 11 strokes apiece.

This has been a special year as this is the first time in many years that the Lady Devils won both their conference and their Sectionals in the same year. RHS moves on to Regional play next Saturday at Lapel. Keep it going Red Devils!