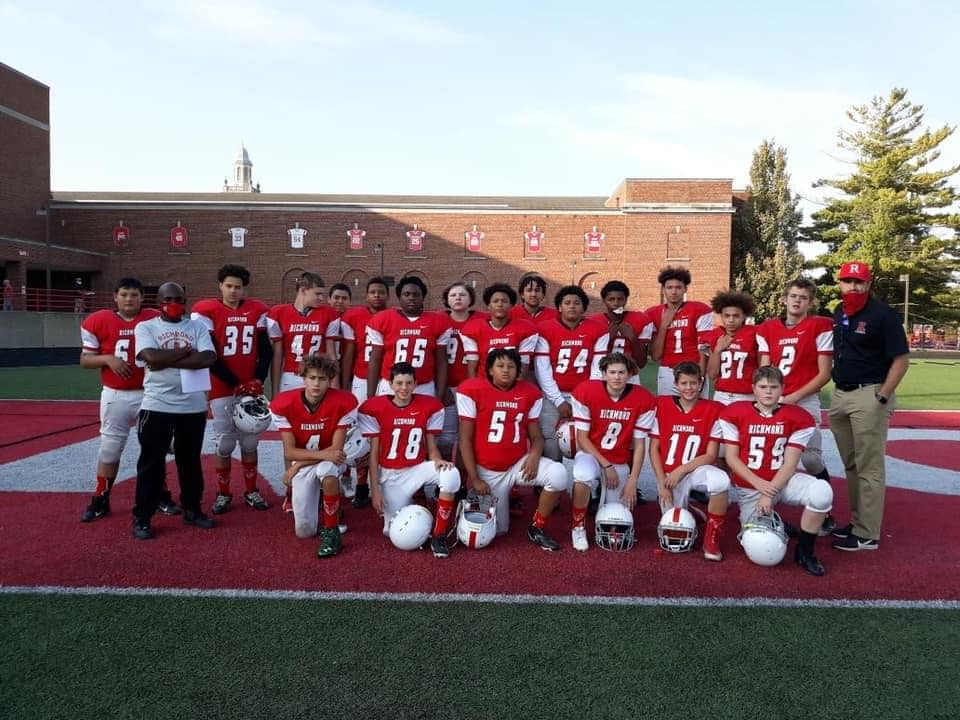 The Richmond intermediate school football team found themselves trailing 32-14 to Franklin County at halftime of their final home game Tuesday night.  The halftime adjustments worked both offensively and defensively, and the Red Devils came storming back to win 36-32.

Leading them into victory was Jaiden Holland with 3 rushing touchdowns. Deontae Watkins and Aiden Sanders caught touchdowns of their own thrown by Monte Owens in key moments throughout the game.  The Red Devils found the end zone with 36 seconds remaining on the clock to give them their first lead since scoring on the opening drive of the game.

The defense allowed 32 points in the first half but turned it around in the second, not allowing the Wildcats to reach the end zone. Lewis Alexander was a pivotal player late in the game with a much needed strip, fumble recovery, and run of 60 yards.

After the game coach Jimmy Bailey Jr. said, “Our kids came out the second half with their heads held high, holding one another accountable, and making adjustments to make this comeback happen.”

The Red Devils are on the road for their final contest Wednesday, October 7, at Connersville at 5:30.