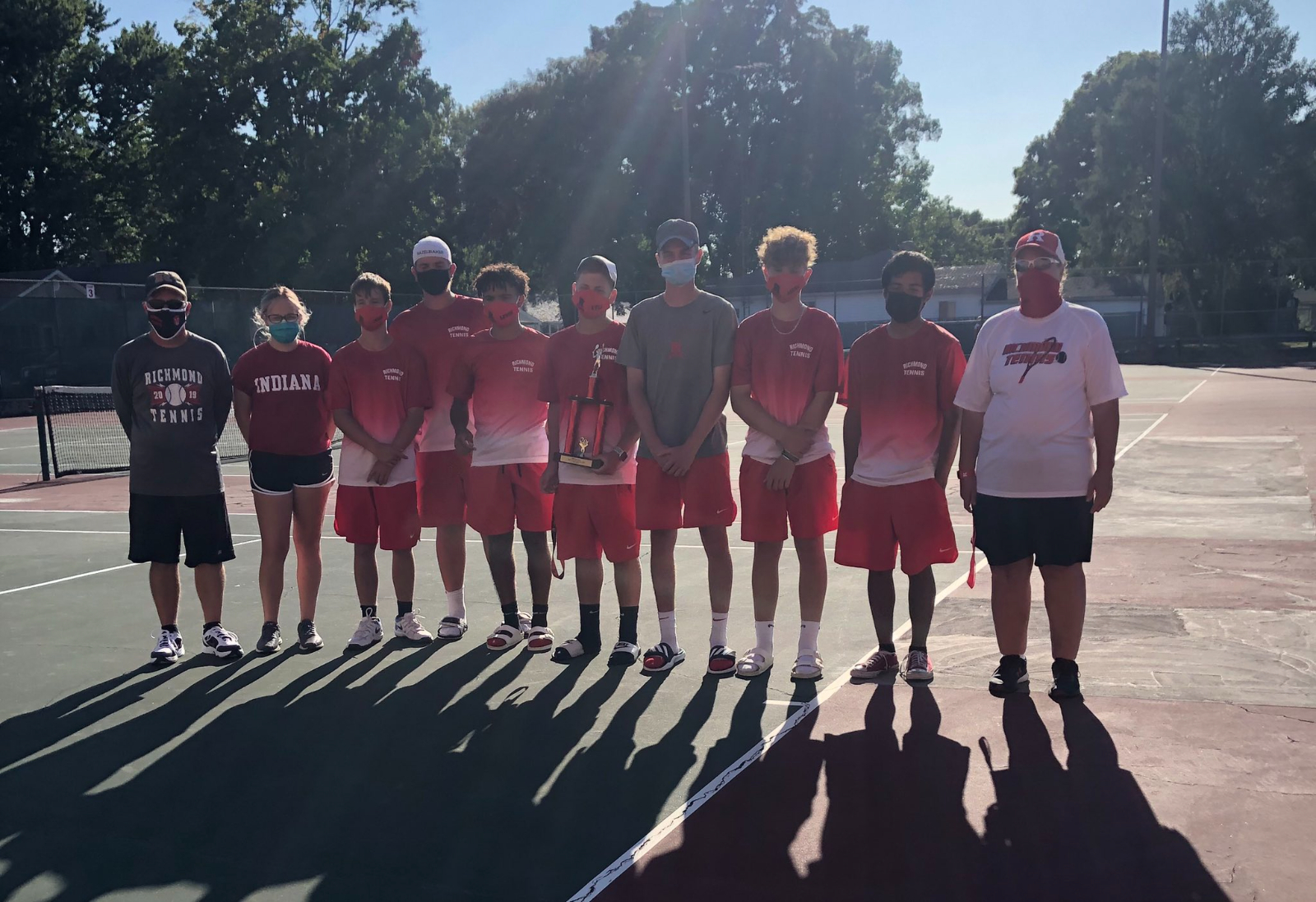 2020 has proven to be a challenge for everyone, but the boys tennis team found a way to make it another successful season.  The Red Devils won the Richmond Invitational, finished atop the NCC East standings, and finished 3rd in the NCC tournament.  Kyle Hollingsworth won the individual Sectional singles title, and Jaden Hollingsworth and Cliff Hazelbaker won the Sectional doubles title.  (They will compete in the Regional this weekend.)

Today the North Central Conference announced their end of season awards, and the Red Devils were well represented. 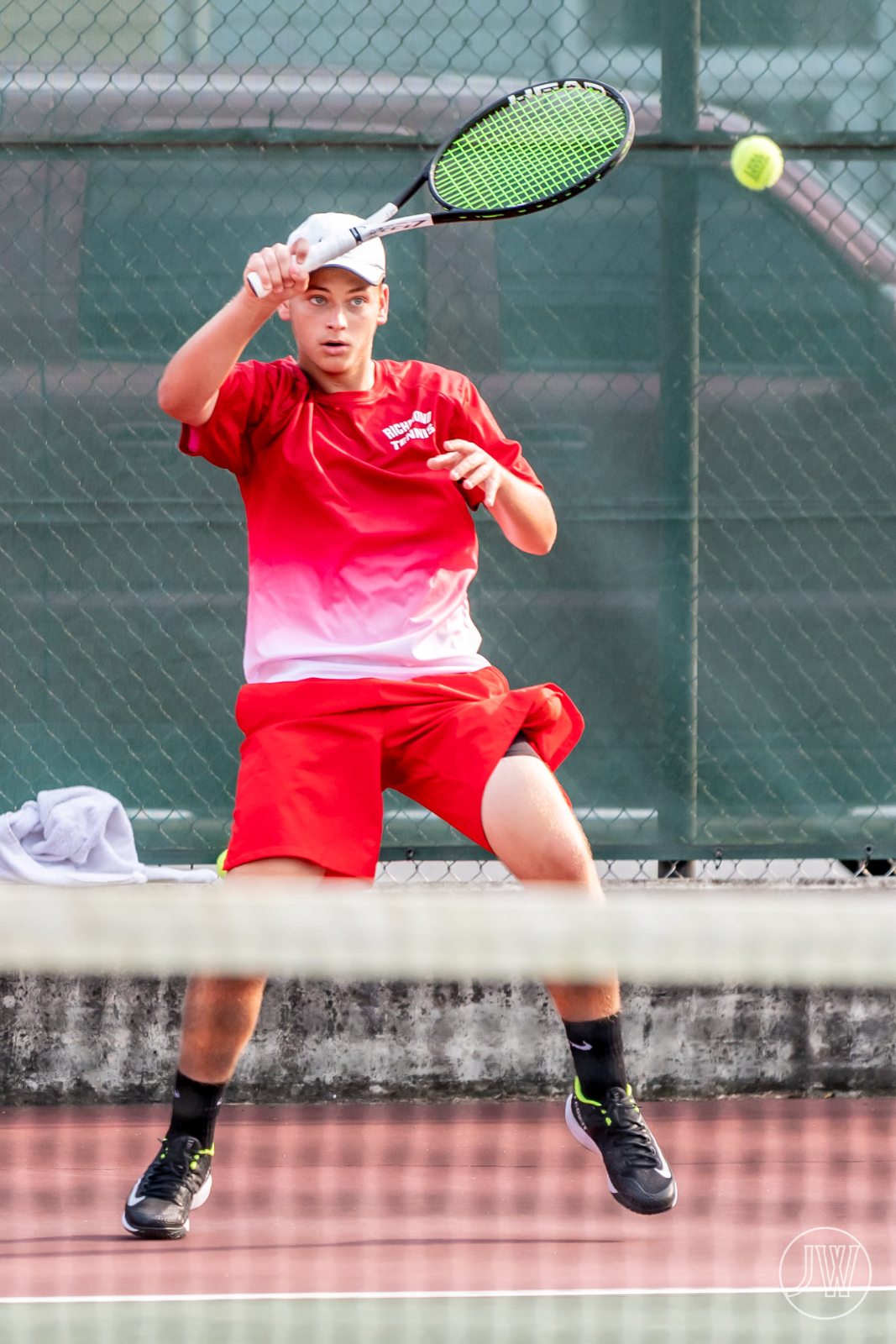 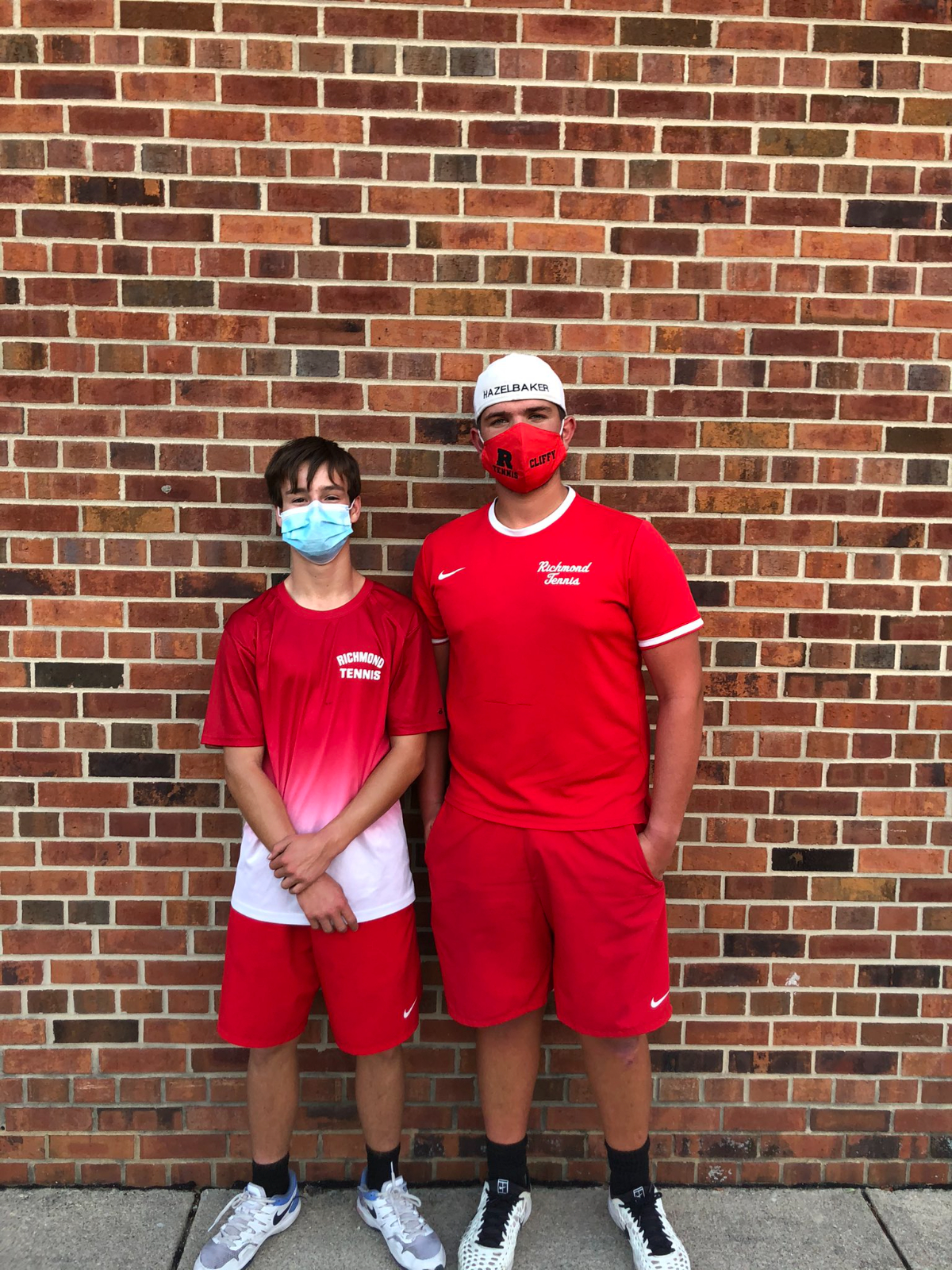 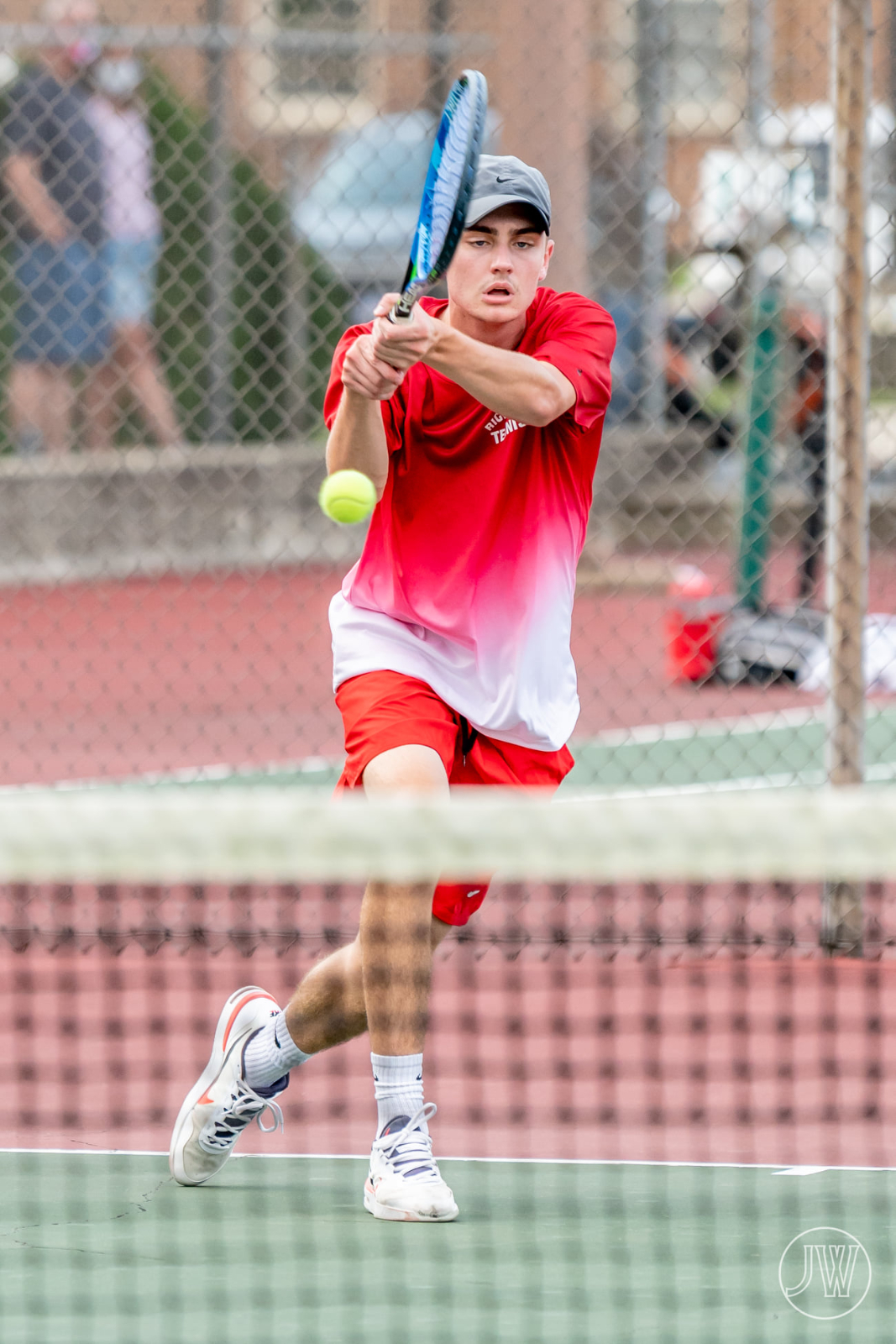 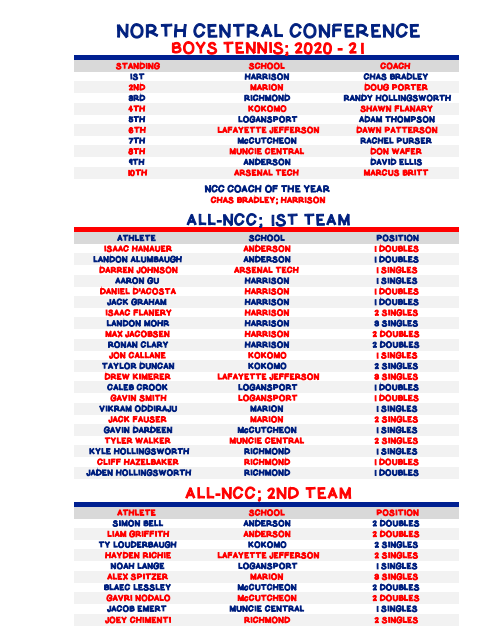