The North Central Conference has released their end of season awards for boys and girls cross country.  The girls finished 5th in the conference.  This was their highest finish in several years, and they were only 6 points out of 4th place.  The team later finished 3rd in the Sectional and qualified as a team for the Regional. 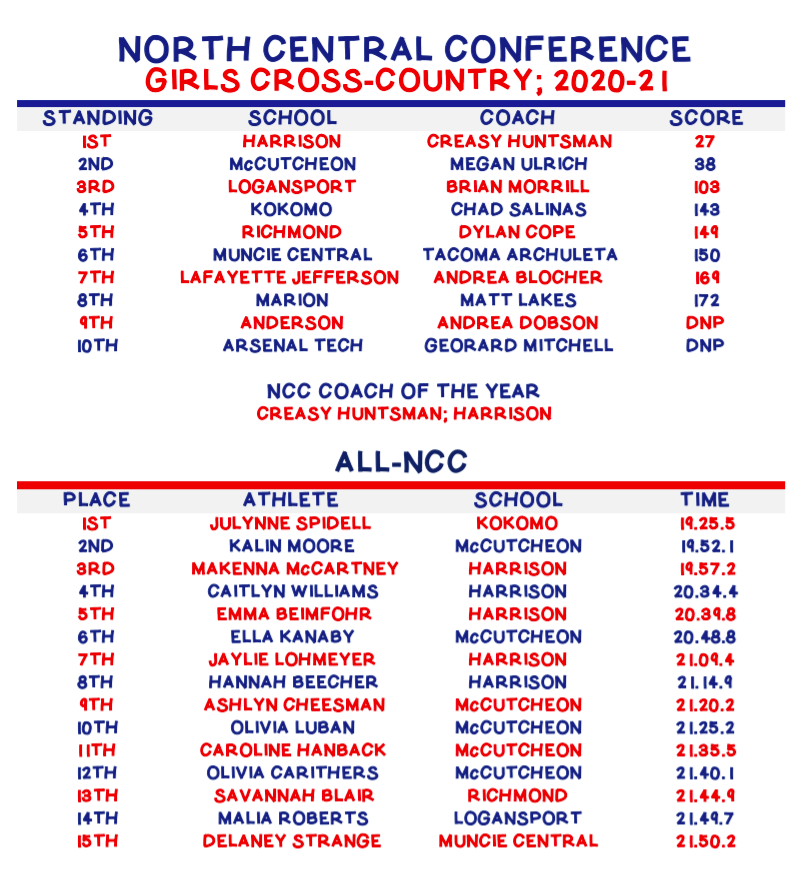 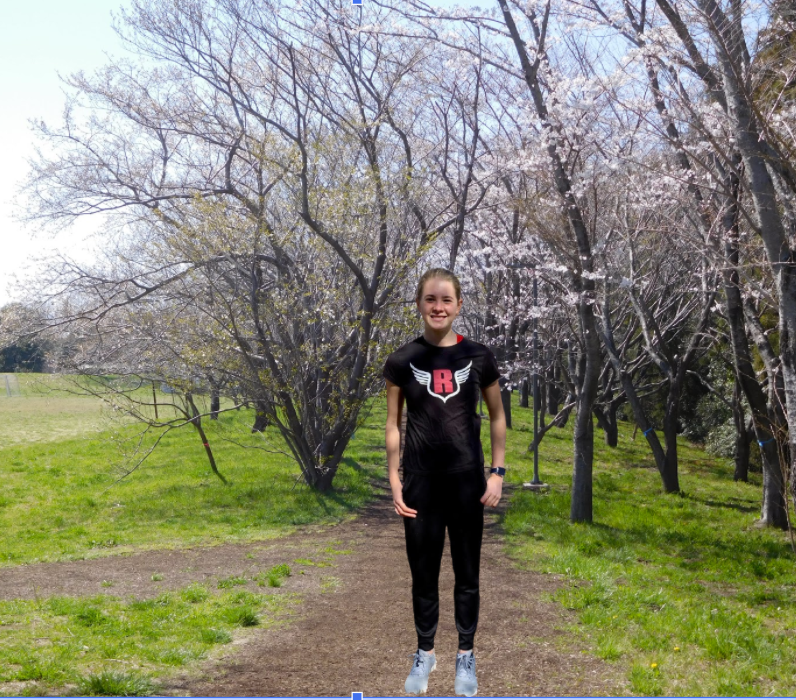 When asked about Savanna’s progress this season, coach Dylan Cope said, “Savannah was a surprise for us this season. She showed up to our practice after the season had already started. Coach Sarah and I were excited she joined because that gave us a full girls team. Little did we know she was already very talented and dedicated. This was her first cross country season and she was our No. 1 runner, All-NCC, and a Regional Qualifier. She has so much potential and we are excited to see what she can do next year.” 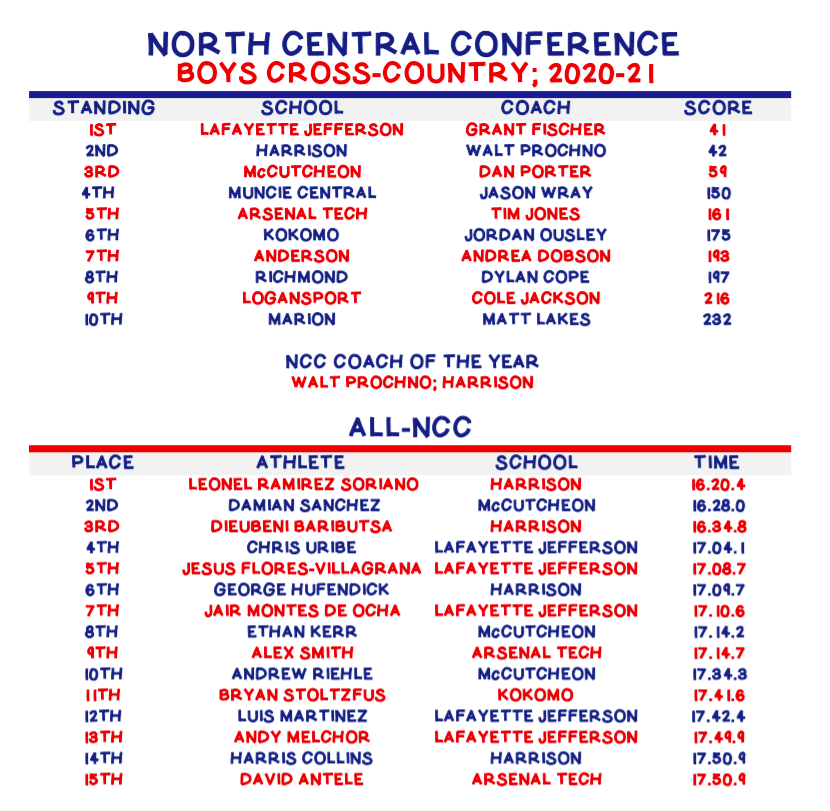 The boys team finished 8th in the conference (4 points out of 7th).  Their improvement throughout the season has fans excited for the future of the boys program.  RJ Thalls showed great senior leadership in throughout his 4 years in the program, and both Alex Orihuela (Freshman) and Ivan Orihuela (Sophomore) qualified for the Regional.

CongRatulations to both teams on a great season of progress!  We look forward to next season.