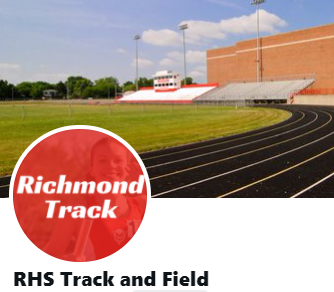 The Red Devil track team fell to Muncie but defeated Anderson for both the boys and girls teams on Wednesday night in the season opener.

The boys team scored their first points of the night in the 110 meter high hurdles with a third-place finish from Owen Rogers at 20.62 seconds. Marquis Johnson and Lucas Hall followed up with first and fourth in the 100 meter dash with times of 11.47 and 11.71. The 4×100 meter relay team of Hall, Johnson, Anthony Cross, and Sekaye Rogers took second against a fast Muncie team with a time of 46.03 seconds. In the 400 meter run, Darius Hogg took second-place honors with a 55.38. O. Rogers added another point with a fourth-place finish in the 300 meter hurdles. The sprint team wrapped up their contribution to the team points with a third-place 200 meter dash from Hall at 23.65 seconds.

The Red Devil throwers took second and fourth place in the shot put. Dalton Wall and Aiden Snedigar put up throws of 37’2” and 37’1”. Snedigar came back for a win with a first-place finish in the discus at 114’8.5”. He was joined by Trevor Neeley at third place with a throw of 101’ flat.

Gunner Kovach made his high school track debut with a first-place finish at 5’10” in the high jump. Carson McDivitt and Ethan Cordova went out at 8’0” and 7’0” on the pole vault to nab second and third place for the Red Devils. In the long jump, S. Rogers took second place with an 18’8” jump. He was followed closely by Johnson at 18’6” in third place.

Both Red Devils track teams return to action next week in Muncie for a rematch against both Muncie and Anderson on Wednesday, April 14th.