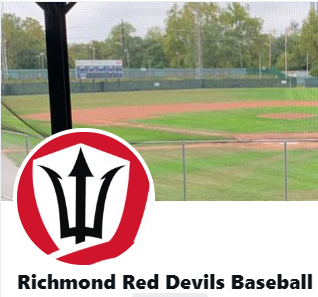 Hagerstown Runs Away With Early Lead In Victory
Richmond Red Devils Varsity fell behind early and couldn’t come back in a 6-0 loss to Hagerstown on Friday. Hagerstown took the lead on a single in the first inning.
The Red Devils struggled to contain the high-powered offense of Hagerstown, giving up six runs.
Hagerstown fired up the offense in the first inning. Dominic Anderson drove in one when Anderson singled.
A triple by Dustin Moore in the sixth inning was a positive for Richmond.
Anderson led things off on the pitcher’s mound for Hagerstown. The pitcher allowed one hit and zero runs over seven innings, striking out 15 and walking zero.
Hayden Scalf started the game for Richmond. The pitcher lasted five innings, allowing seven hits and two runs while striking out seven. Nick Whalen threw two innings out of the bullpen.
Moore went 1-for-2 at the plate to lead Richmond Red Devils Varsity in hits.
“Powered by Narrative Science and GameChanger Media. Copyright 2021. All rights reserved.”