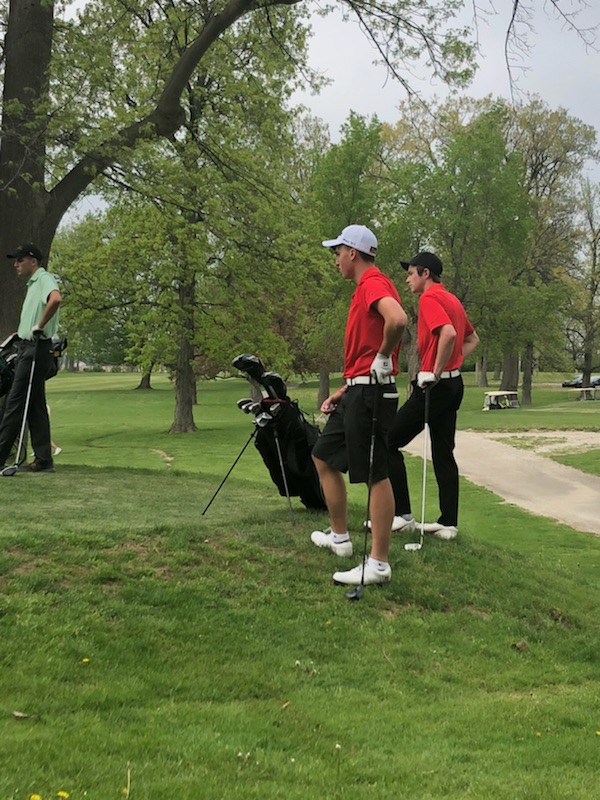 Richmond is starting to show some positive trends here in the middle of their season. The most important pattern: they are coming together as a team, picking each other up when needed, and showing great leadership. On Wednesday they came away with a 3-stroke win over a team that had dominated the Red Devils all season.

Multiple times throughout the round at Westwood on Wednesday afternoon, Jake Miller and Andrew Click could be seen fist pumping after a great shot or standing between shots going over strategy together.

The group behind them was no different. Jack Weber and Dylan Eastridge had a few holes where one would alternate between good and struggling. If Jack had a bad hole, Dylan would play that hole well. If Dylan had a bad hole, Jack would play it well. At the end of the round, they both had great scores and walked away wanting even more.

In the third group, you had two sophomores with less experience than anyone else on the course. Nathan Steele has gone from shooting in the low 70’s to being a few putts away from the high 40’s. Owen Lopeman has gone from the 90’s to the 60’s. Both are showing tremendous growth and the determination to get better.

At the end of the day, this growth and teamwork could lead to a tremendous end of the year for the young Red Devils.