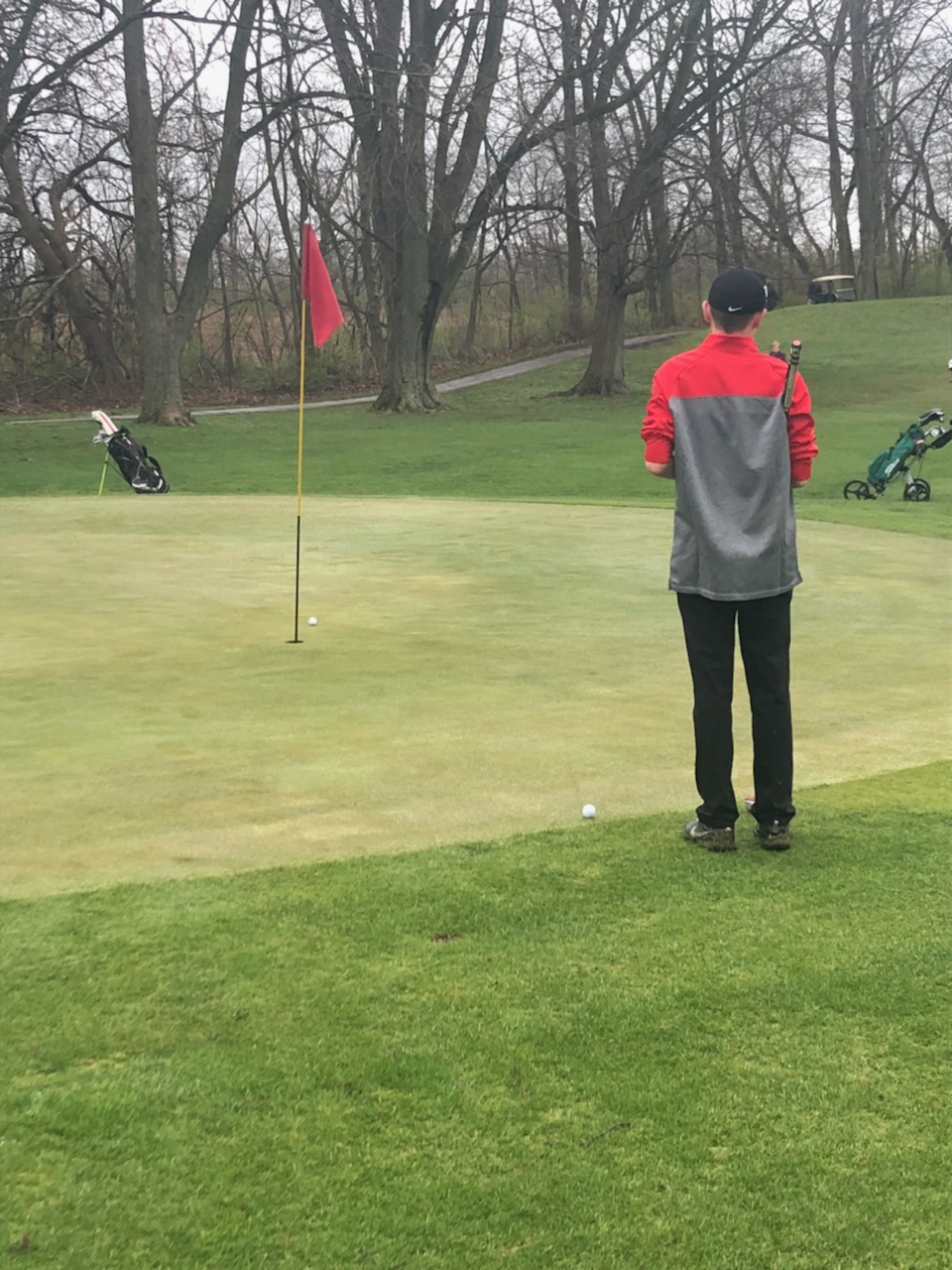 Richmond may have not won, but they came away with a lot of positive energy from their tri-match on Tuesday evening at New Castle.

New Castle shot 159 for the third straight time in their season to win, while Monroe Central shot a 188 to place second. Monroe Central played with five freshman and look to be a team to keep an eye on over the next several years.

Brady Wheeler for New Castle was low medalist with a 1-over 36 on his home course. His teammate fired a 3-over 38 to help bolster their solid score.

Jake Miller once again lead Richmond with a 3-over 38. Jake has struggled this season after fighting through several injuries before the season even started. He looked a lot more comfortable and looks to get into a role heading into this weekends invitational at Winchester.

For the fourth straight time, Richmond had someone shoot their personal best. First year golfer, Nathan Steele, fired a 57. Nathan has continued to show improvement and bring his leadership to every practice.

Freshman Jack Weber continued his impressive start to the season with a 47. Jack has provided great consistency for the team.

Andrew Click and Dylan Eastridge both shot 53s to round out the scoring for Red Devils.

Richmond is back at it Thursday against one of the area’s best teams in Hagerstown. They return to Invitational play Saturday at Winchester.