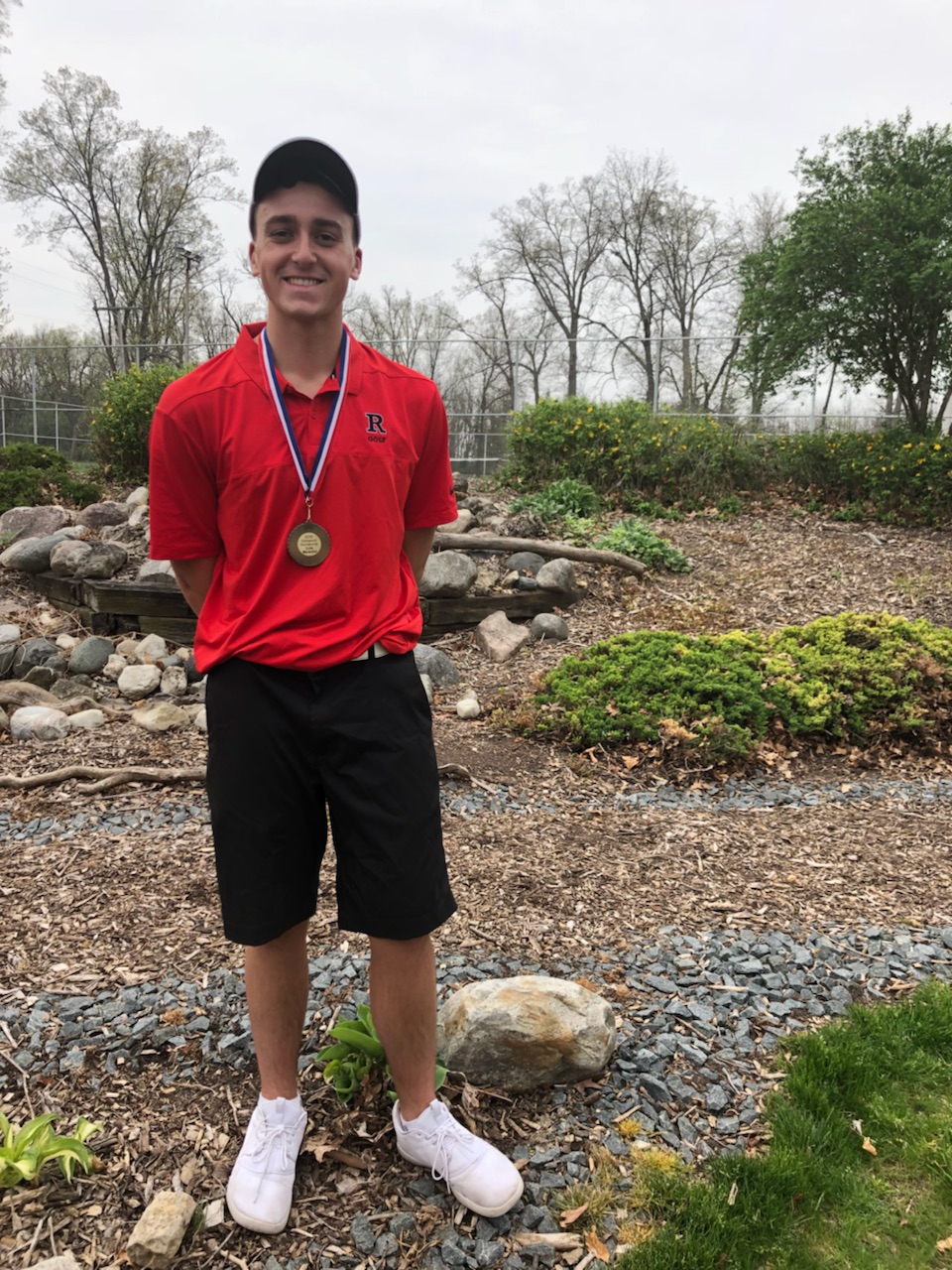 At Delaware Country Club on Saturday, the rough was thick, the greens hard and fast, and there were enough hills to make certain you won’t have a easy shot all day. These greens are some of the most difficult to read, as they change dramatically from one spot to another with undulation.

It appeared as though the first couple of holes would get the best of junior Jake Miller.

Miller had a birdie chance on hole one from 6 feet and on hole two from 8 feet, but neither fell. Coach Snyder saw the frustration in his face and told him to not worry because the putts would fall.

On the third hole, Miller drove over the short par four and left himself a very difficult chip. After thoroughly looking over his options, Miller hit a great chip that left him 15 feet back up the hill and stepped up with confidence to drain his first birdie of the day.

Miller would go on to birdie five of his next seven holes on his route to a two-under 68. More impressively, Miller had eight birdies on the day.

Andrew Click (97), Dylan Eastridge (97), and Jack Weber (98) all came in with very respectable scores for their first time on the tough Delaware Country Club course. Owen Lopeman shot a 136 in his first varsity experience.

Perhaps the best part of the day came after the round when two freshman, Weber and Eastridge, and sophomore Click talked about their round, coming up with at least ten shots they left out on the course.

The team’s score of 360 was their best of the year as they continue to get better and work towards their sectionals goal. The future is bright for Richmond golf, but for now; the team will continue working hard towards that future.

Richmond is back in action on Wednesday against New Castle, then back home for their second home match of the year as they face a very talented Heritage Christian team at Forrest Hills.