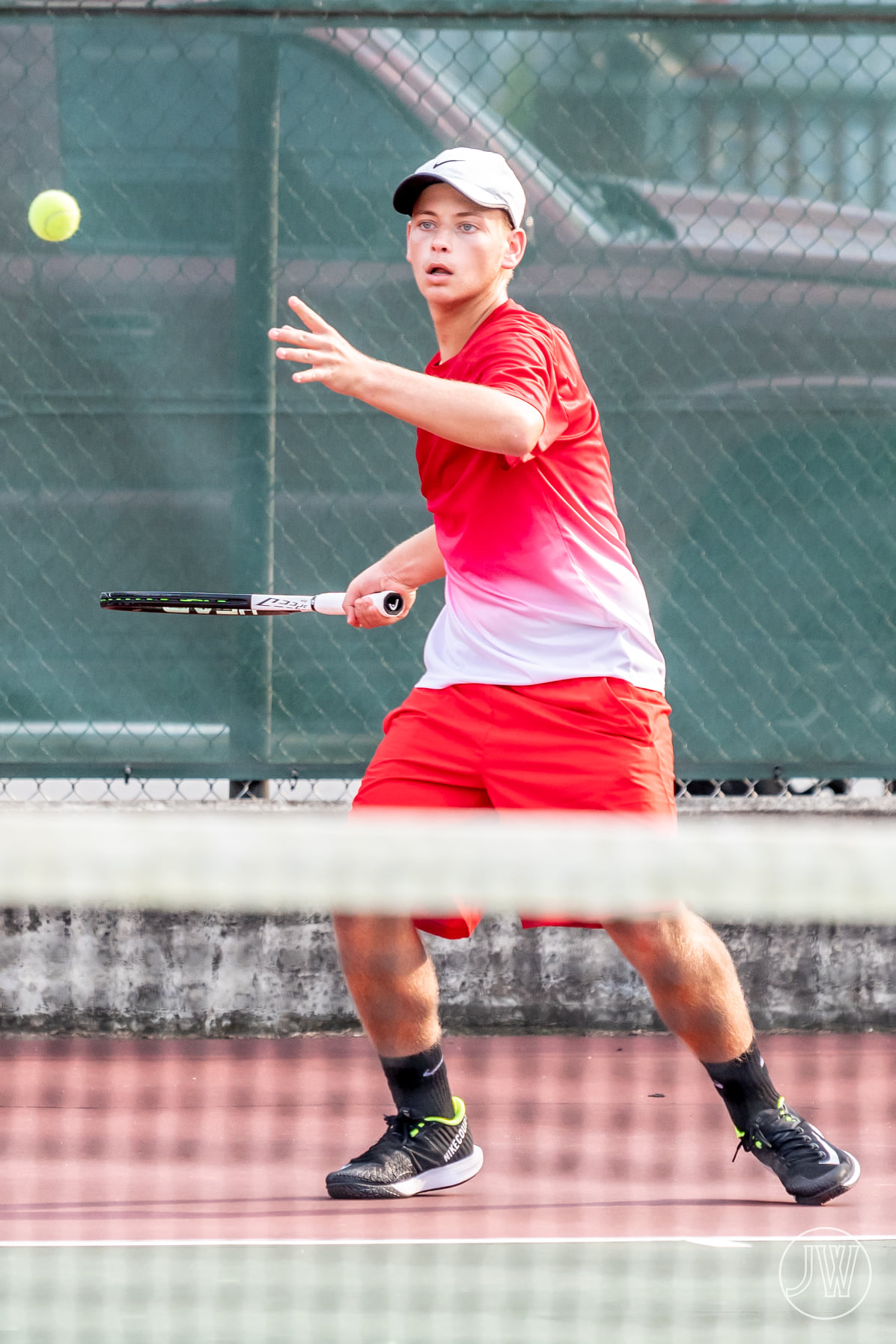 Richmond traveled to Lafayette Harrison to compete in the championship rounds of the NCC tournament. After a long bs ride the Devils got off the bus to face the number 12 ranked Harrison Raiders. The Devils lost to the Raiders 0-5 but gave a great fight before losing. Next up were the KoKomo Wildcats to determine third and fourth place. It was a back and forth match with both teams being tied at 2 matches a piece with the number one singles match sitll on. Kyle Hollingsworth came up huge once again and won the second set to force a match deciding third set. Being the senior leader he is Kyle persisted and brought home the victory with a third set win. Other winners in the match were both doubles teams of Cliff Hazlebaker/Joe Chimenti and Levon Jordan/Jaden Hollingsworth. The Devils play New Palestine away on Monday.