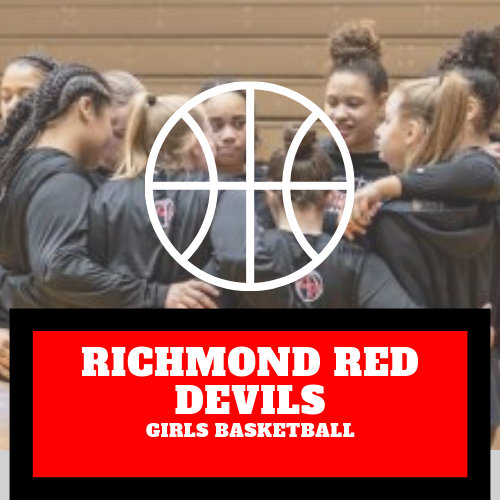 The Red Devils faced the Greenfield Cougars on Tuesday night in the Tiernan for their
home opener of the season. After a couple tough match-ups last week, the RHS girls were hungry for a win.

The first quarter was sparked by junior Jakaia Lotz helping to put the Red Devils up by one going into the second eight minutes. At half, Richmond found themselves tied
with Greenfield at 15 all. A big third quarter would be needed to surge ahead of the Cougars and the Red Devils did not disappoint. RHS went on a 13 to 3 run heading into the fourth.

Despite late foul trouble, the Red Devils hung on to a Tuesday night victory 34-26. The Red Devils were led by Jakaia Lotz and Jayci Allen. Lotz dropped in 14 points and J. Allen came up big on the boards with 12 rebounds. J. Allen also led in assists with 4.

The Red Devils will be on the road Saturday to take on the Logansport Berries.