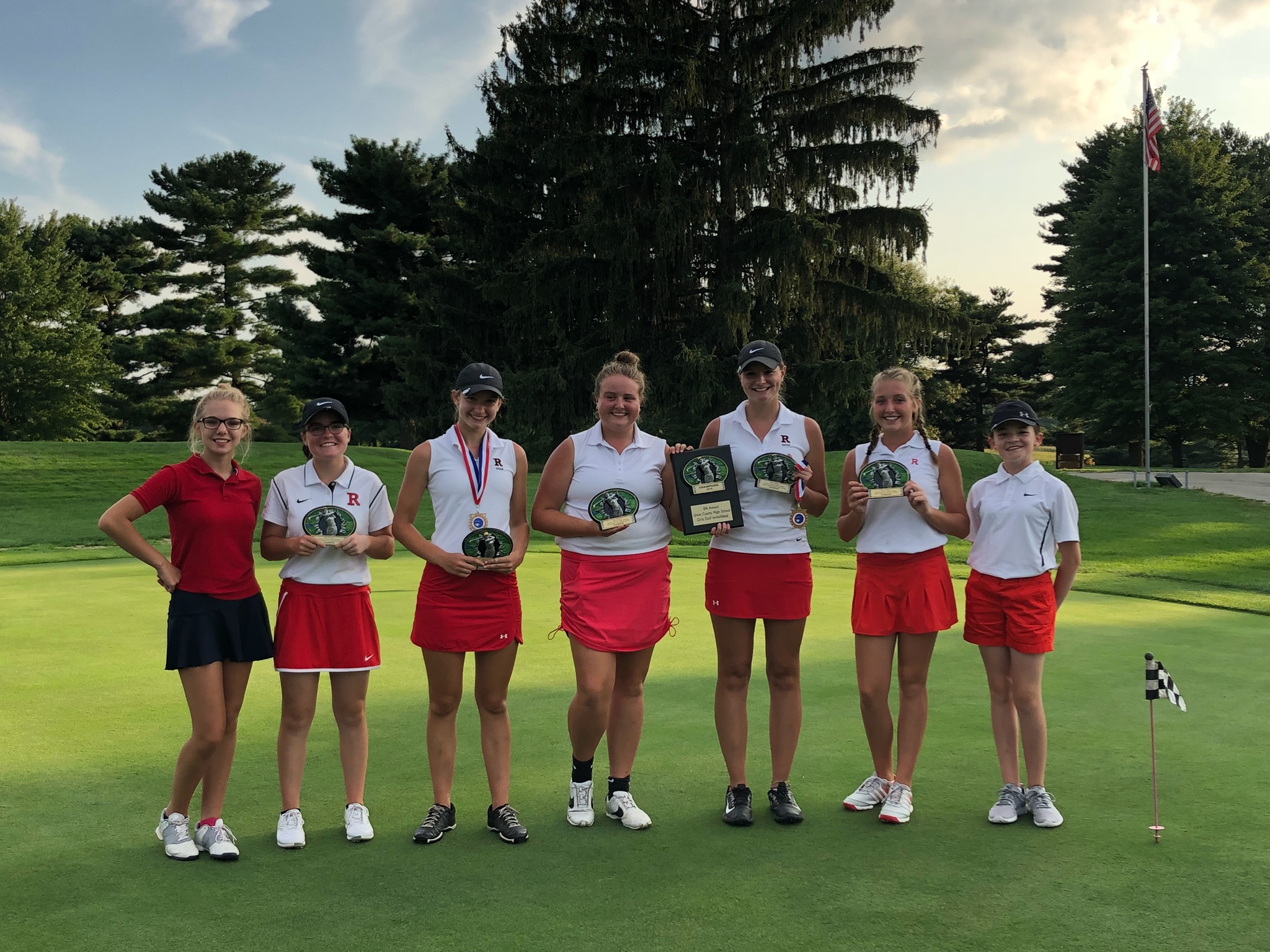 For the second straight time, Richmond defended their title to start their year by shooting a 347 to win at the Union County Invitational.

Jacey Cornett was again on fire as she went out to set another course record. Cornett fell shy of doing so as she fought with her putter all day. However, even with struggling on the greens, Cornett was able to come in with a great round and was low medalist with a 74.

Teammate Karissa Owens finished 3rd overall with a solid 80. Owens is getting back into the groove of things having not played since early summer because of injury. Her two scores of 79 and 80 have been very even more impressive as someone that is trying to find their groove again.

However, it wasn’t just these two ladies that fired the winning score.

Brianna Fisher stepped up in the #3 spot with a 95. Fisher was sick all day and was exhausted by the end of the round. The team was very proud of her for fighting through to help the team.

Ashlyn Spurrier shot a 99 but continues to be an integral part of the team going forward as someone who can shoot in the 80s.

Freshman Esther Etherington continues her hot start as a freshman by shooting a personal best 98. Esther has stepped right into the varsity spotlight and has not been phased by anything. She looks to continue to improve and shoot more personal best!