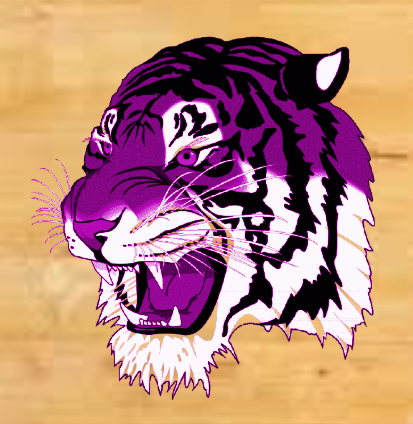 Tiger Cubs Clip Cardinals’ Wings
The excitement level was high, almost too high for the young Tigers of Test. The visiting Seton Cardinals came into the Tiger Den looking to give the young upstarts a loss in their opening match of the season. Early on, the tension was high and the situation looked overwhelming for the young felines. Seton showed up ready to play. Their warm up was crisp and they were set to pounce on the Tiger cubs. Nervousness, fear and trepidation were the prominent emotions being exhibited by the Tigers. Eyes were big and uncertainty shown on their faces. Everything seemed to be happening too fast and unsureness had definitely crept into their minds.
This feeling was most demonstrated by the scared Tiger’s inability to simply serve the ball into the court. Missing their first six serves of the match put the young cats deep in a Tiger Pit. It was a bad position, if they were going to claw their way out. With Seton dominating the score board at 16-7, Ta’Layah Pegg rotated back to the service line for her second attempt of the game. She cautiously tossed the ball and successfully put her second attempt into the court. An errant pass resulted in a Test point and the long climb out of the pit had begun. Pegg returned to the line and delivered the next serve to the waiting Cardinals. An attack error produced another point. Pegg was now serving with a bit more confidence. She proceeded to serve three more balls resulting in Test points before the Cardinals took a timeout to slow the Test momentum. Now trailing 13-16, the Tigers felt a lot better coming out of the timeout. Pegg again stepped back to serve and her dominance continued. Delivering four more serves put the Tigers into the lead at 17-16. The feeling in the gym was sheer exhilaration. Both teams were now feeling a different kind of pressure. Not the scary pressure of being in the spotlight for the first time but the pressure of the game, pressure from the opposition. It was awesome. Both teams began to play better volleyball alternating points until Carmen Hardwick scored twice creating a three point deficit for the Cardinals. At 20-17, the red birds were not finished. They returned with a three point run of their own knotting the score at 20-20. Following a sideout, Kami Hardwick delivered another Tiger point giving Test a two point edge. Not to be outdone, The Cards came back and tied the game at 23-23. Another score put the Cardinals at game point. A sideout by the Tigers tied the game at 24-24 before Neveah Rice delivered the final two points securing a first game, 26-24, victory for the Tigers. The comeback was thrilling and the crowd was fervent about what they had just witnessed.
After changing sides of the court, both teams seemed to settle into the groove of playing fundamental volleyball. The service errors that had plagued both teams in the first game were long forgotten as both team began to play with a bit more confidence. The game was very even, back and forth until Amiah Ray got her chance at delivering the serve. When she was finished, the one point game was suddenly a five point gap with Test up 11-6. That little run of points seemed to inspire her teammates as the Tigers scored three points in each of the next three rotations. Stretching the lead to 18-9 seemed to be the end of the Cardinal threat until Bryn VanVleet rotated back to serve. She produced five quick points for the Cardinals before a sideout ended her threat. Kami Hardwick then rotated back for the Tigers and served out the remaining three points of the game giving the Tigers a 25-15 victory in game two.
That makes the young Tigers 1-0 with their next match being on Monday, September 9th at New Castle Junior High School.
Submitted by Irwin “Fletch” Fletcher