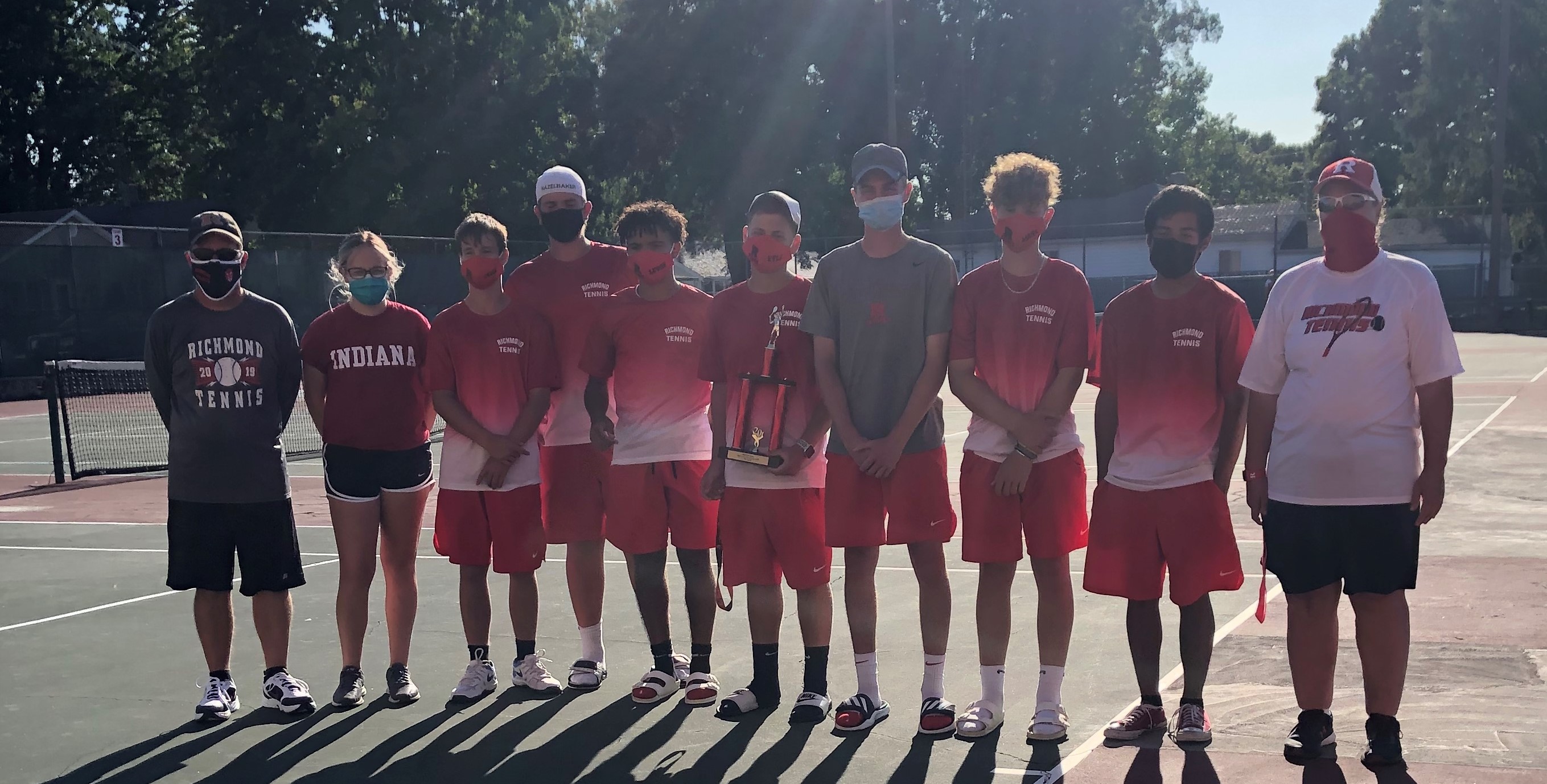 After a long Saturday of three matches a piece, the Red Devils came away victorious by way of a tie breaker at one singles to win their own invitational. Kyle Hollingsworth and Joey Chimenti finished in second place in their respective flights at one singles and two singles. While the one doubles team of Cliff Hazelbaker/Jaden Holingsworth finished as champions in their flight. Jamie Orduno-Perez finshed in third place at three singles, while the nu,ber two doubles team of Levon Jordan/Mark Brunton finished in fifth place. Next up for the Red Devils is a four way NCC match on Saturday where the Devils will play Anderson and Marion.