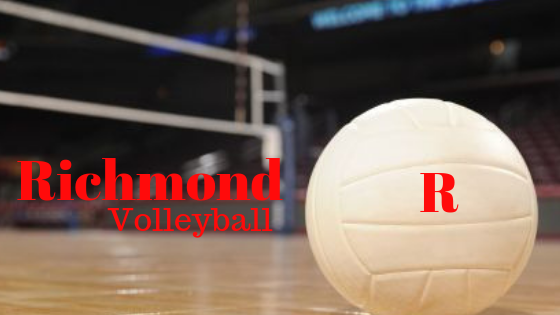 Test and Dennis 7th Graders Battle for Local Volleyball Supremacy
Any match-up between Test and Dennis is always a special event for the athletes in Richmond, Indiana. The cross town rivalry is something that longtime residents have always been accustomed to. The annual East/West showdown never fails to produce some fun, excitement and bragging rights until the two competitors square off again. The best part of the evening is the early look at upcoming athletes in the Richmond athletic program and the prognostication of what the future will be bringing for Red Devil athletics.
In the first match of this intra-city rivalry, the Test Tigers and the Dennis Bulldog 7th graders met up, in the Tiernan Center, for their first of two scheduled games this season. Expectations were high on both sides of the court with the Bulldogs holding a slight advantage in experience. In the first year of interscholastic competition (7th grade), previous experience in the form of club ball, private lessons, volleyball camps and Richmond’s own “Dirt Ball” can all impact a player’s success during their first year of competitive volleyball. The ‘Dawgs’ of Dennis brought a little bit of prior experience to the court, the Tigers, not so much. This was going to be an epic battle between two teams of up and comers.
Game one of the contest was close fought with both teams trying to gain an advantage. It was evident that both of the teams were nervous and tentative. There was hesitation on both sides of the net and errors would be the difference in the game. In youth volleyball, the team that makes the fewest errors will generally win the contest. That was certainly going to be the case on this evening. Serving errors and a lack of communication seemed to be the norm on both sides of the net as serves went into the net or went over and dropped for a point with no one attempting to pass the ball. It was feast or famine volleyball.
The game began with both teams exchanging sideouts multiple times with neither taking advantage of scoring opportunities. The score was tied at 9-9 before Bulldog Madison Spradling served three straight to put the westsiders ahead 12-9. Answering with a couple points of their own the Tigers fought back to even the score at 14-14. The crowd was abuzz with anticipation and the nervousness on the court was ever present. An ace and a couple of reception errors allowed the Bulldogs to stretch the lead back out to 18-14. That was immediately answered by Test with a three point run by Neveah Rice, leaving the Cats down 18-17. That deficit was one that the Tigers could not overcome. Back to back service errors stretched the Dennis lead to 22-19. Carmen Hardwick continued to fight for the Tigers and added three points tying the score at 22-22. A sideout and two more critical serves by Madison Spradling sealed the first game, 25-22, victory for the Bulldogs. Both teams knew that this was going to be a battle to the end and the first set did not disappoint. The Big Green team now held a 1-0 lead in the best of three match.
With the Dennis Dogs ahead in the match, the purple Tigers knew they had to come out strong. They needed to respond to the pressure that Dennis had exerted with their first set win. Unfortunately, that was not to be the case. Maddie Spradling continued her onslaught from the previous game and immediately put the Tigers in a hole. Her effectiveness from the line left the Tigers with a 5-1 deficit and the Dennis crowd was most appreciative of her serving prowess. Not to be outdone, the Tigers bared their teeth and responded with a serving run of their own. Following the sideout, Kami Hardwick dished out four points for the felines knotting the game at 6-6. This was going to be a fight to the end. Dennis then scored six and the Tigers responded with six. The score was tied at 12-12, then 15-15. The Tiernan Center crowd was most appreciative of both team’s efforts. Fans were cheering the good plays on both sides of the net and erupting when their team succeeded in winning the point. Both teams fought hard to get control of the ball and put the opposition at a disadvantage. Dennis scored three, Test responded with three, the Dogs got three more and the Tiger response faltered. The Bulldogs now held a 23-19 edge that proved to be too much to overcome. Claiming a 25-20 win in the second game earned Dennis the win over the young Tigers. It was exciting for players and spectators and most appreciated by the volleyball community as a whole. The rematch slated for Thursday, October 10th at 5:30 promises not to disappoint. Come out and support the future Red Devils. It will be a lot of fun!!
Submitted by Irwin “Fletch” Fletcher