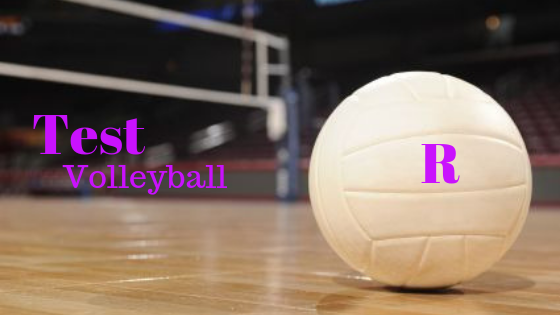 Test Tigers Tarnish Golden Knights
The Northeastern gym was crowded and the excitement level was high as the visiting Test Tiger 7th graders invaded the kingdom of the Northeastern Golden Knights. Many of the players were familiar faces and many of the fans knew one another. The one thing that was new was the players, on both sides, to the sport of volleyball. For both teams, this season has been a fast, exciting introduction to the game of volleyball. And with players who are new to the game, serving success equals winning volleyball.
Set one of the match started in a very even fashion with both teams exchanging points reaching a 7-7 tie after three servers. Then the young Tigers began scoring two points with each rotation while holding the Knights to a single point. At 14-9, Test was gaining momentum. After three more by Carmen Hardwick, Test had control at 17-9. Then it was back to exchanging points, one for one. For both teams, it was difficult to gain any momentum and really take charge. This was primarily due to the number of serving errors committed by both teams. The Tiger cubs missed seven serves of the 24 that they attempted. This kept the Golden Knights in the game until Test finished the job at 25-19.
The second set proved to be better volleyball. There was better communication between teammates and better serve reception by both teams. This produced longer rallies and greater excitement for the spectators. At 17-17 the crowd was very focused on the game and was quite loud whenever their team was successful in executing a good play.
When Madison Sonsini rotated back to serve, she quickly added three to the Test tally. Sideouts and single points became the norm until the end with Test maintaining their three point lead and earning the second set win at 25-22.
The win over the Golden Knights puts the 7th grade Tigers at three wins and two losses for the season. Their next challenge will come from the Dennis Bulldogs on Thursday, September 19 at 5:30. Due to the anticipated overflow of spectators for the event, it will be played in the Tiernan Center at Richmond High School. Get out and support Richmond volleyball. Go Tigers!!!!
Submitted by Irwin Fletcher